Your Name in Headlines

A six-step guide to getting attention from the media 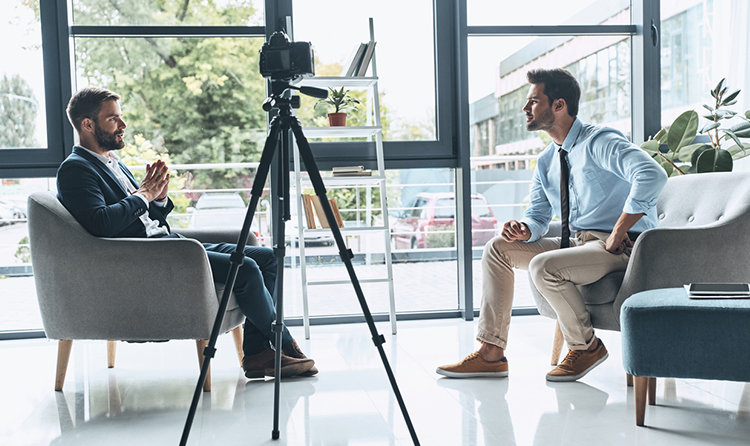 Every journalist who drops by your trade show booth is a chance to promote your company and products. The trick is getting journalists interested.

Tell the show’s organizers that you want to contact journalists who’ll be at the show. Some shows may send you their names and contact information. Other shows may offer to contact them for you, sending them your press releases and other messages.

Build up your own list, too. Search online for articles about the previous year’s show. The journalists who wrote them will probably write about the upcoming show.

2. Give them a reason to write about your company.

“Whether it’s a product or service announcement … or a report you conducted and you have hard data to share,” says Lauren Lloyd, public relations manager here at Informa Markets Advanced Manufacturing, “anything that is new will catch the eye of reporters.”

Shana Leonard, who oversees publications such as Design News and Medical Device and Diagnostic Industry, goes further: “It’s imperative to include a strong angle such as a new product launch [or] promotion of an innovation.”

3. Set up activities that will bring them to you at the show.

If possible, plug your top people into show activities that attract journalists. For instance, tell the organizers that your leaders want to join the show’s programming by giving presentations or participating in panel discussions.

In addition, you can host an activity for journalists. Invite them to a happy hour, coffee break, or snacks at your booth or a room nearby. But remember: Snacks aren’t enough. As Lloyd and Leonard say, newspeople need news.

Send journalists press releases about your news. A good release should have:

But don’t depend on press releases alone. “I would recommend sending a brief email requesting a meeting at the show,” says Marc Weinstein, CEO of marketing company Ascent Communications. “The email should state who will be at the meeting and the reason for the meeting.”

Include the show’s hashtag — for instance, ‪#‎AdvMfgExpo. Your posts will show up in the hashtag’s news feed, spreading your message to journalists and others.

You should also follow journalists on their social pages, give their posts likes, and retweet and share their posts. “They’ll take notice and be more apt to meet with you on site,” Lloyd says.

If you’ve done steps 1 through 5, you and your company’s leaders will spend much of the show talking to journalists. Afterwards, “send a thank-you email to any press that you met with onsite, be sure to include elements from your conversation so they know it is tailored to them, and be sure to include any deliverables that came out of the meeting (i.e. sending photos to accompany a story, added messaging on technical products, etc.),” Lloyd says.

Follow-up takes work. So do the other steps.

But they can pay off in stories that make your company look great.