Change is Coming to the Exhibit Hall. Are You Ready? 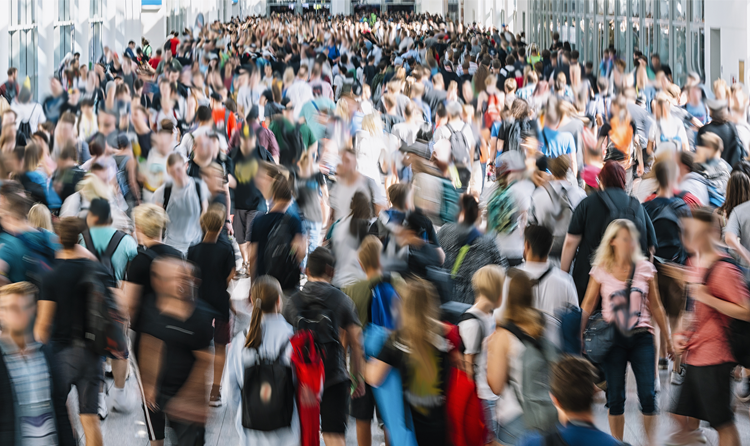 For decades, trade shows have offered the same experience: Attendees look at booth displays while exhibitors try to figure out which attendees qualify as hot leads. New tech rocks the boat — for instance, today’s exhibitors can accumulate attendee info by scanning badges rather than taking business cards — but doesn’t capsize it.

All of that is going to change, according to a number of industry leaders. Some of the changes are happening now.

In the past, quite a few exhibitors treated attendees as passive recipients of a sales pitch. Not any more. “Attendees want more than just a video playing on a loop at a trade show booth,” according to Catherine Hess, senior marketing manager for booth maker Absolute Exhibits. “They want an experience.”

And not just any experience: an interactive one that they can command. Part of your exhibit may be a six-foot touch screen where attendees will enlarge and rotate product images, take a survey about your company and products, or play a game using your product.

But a touch screen is just the start. A recent buzzword in trade shows is immersion. Tomorrow’s exhibitors will create entire environments that represent their products’ benefits. Just last year, at the tech show Black Hat, software security company Cybereason emphasized its drive to protect user information by bringing attendees into a booth that oozed secrecy and privacy: a speakeasy, “with touches such as a faux fireplace, heavy drapes, gold-toned candleholders, and wall treatments inspired by ornate stained-glass windows,” according to Exhibitor magazine.

A higher-tech way to create immersion and interactivity is virtual reality. Expert after expert expects VR and augmented reality to become more common in expo halls. Rick Pollock, president of the exhibit tech firm Total Show Technology, has explained: “Instead of spending money on a stage and a sound reinforcement system, some organizers are using VR headsets to produce a more visually impactful show that gives attendees a window into different worlds.” For B2B exhibitors, the advantages are obvious, Pollock says. “Hoping to see how products are made? Want to visit different geographic areas — West Coast, East Coast, Europe, Asia — to get a digital picture of how products are used? VR technology can take you there.”

Interactivity, immersion, and virtual reality are exciting, but they’re tools to do what exhibitors have always done: give attendees information. Another innovation could change the attendee-exhibitor relationship more fundamentally: Customizing, also called personalization.

Today, most exhibitors don’t recognize most attendees on sight. But facial-recognition software, internet-connected glasses, and other tech will help exhibitors identify every person who comes near their booth. The new tech will tell the exhibitors each visitor’s name, job title, company, and other facts — more than could fit on a visitor’s show badge or business card — well before the visitor enters the booth. Exhibitors will tailor their greetings and sales pitches to each attendee’s needs and interests.

Endless other changes may happen.

But some things probably won’t change. “Live events will always be about establishing trust, conveying key messages, forging relationships, and moving clients and prospects along the sales cycle,” says Stanton. “The tools with which we do those things have changed (and will continue to change) over time, but the role of personal engagement and its influence on purchasing decisions will always exist.”